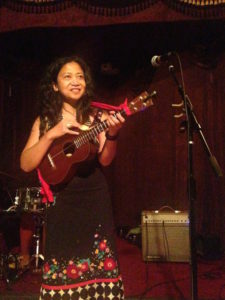 Jim Pugh, the veteran keyboard player who toured the world with Etta James and Robert Cray and now roams the Central Valley and Bay Area byways looking for unknown musicians to savor and record, first heard the Filipino American singer Aireene Espiritu a few years ago at the Folk Alliance conclave in Oakland. She was strumming a ukulele and singing her own songs.

“I was blown away. I thought, ‘This sounds like Etta James,’” Pugh recalls. “She has that throaty, powerful quality. There’s a certain truth going on there. It’s more than just the voice.”

Wee Willie WalkerThat essential, real-deal feeling is something Pugh gets from all the musicians he has recorded over the last two years for his nonprofit Little Village Foundation label, which helps and brings attention to musicians who probably wouldn’t be heard otherwise. 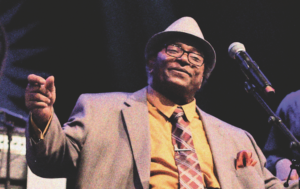 Wee Willie WalkerHe got that emotional hit from Los Tres Amigos de Snukivo, a Mixtec Indian instrumental trio from Santa Maria (Santa Barbara County), not far from the town of Santa Ynez, where Pugh moved from the Bay Area a decade ago. He recorded the musicians, who don’t speak Spanish or English, and released the album last year along with three others, including the first record in decades by Minneapolis blues and soul singer Wee Willie Walker.

The second batch, out next month and the basis for a tour coming to Berkeley’s Freight & Salvage on June 19 and the San Jose Jazz Festival in August, serves up a pleasing array of sounds. 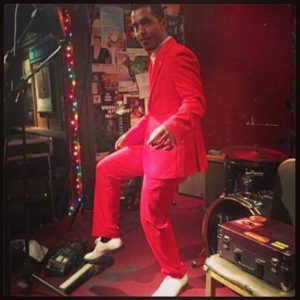 Produced by Pugh and South Bay blues whiz Kid Andersen — both of whom play on many of these tracks along with other top West Coast roots musicians — the series features Espiritu singing songs associated with the venerable R&B vocalist Sugar Pie DeSanto; Mariachi Mestizo, a children’s mariachi band from the region around Delano (Kern County); former Adobe software designer Aki Kumar, a crack harmonica player and singer whose “Aki Goes to Bollywood” gamely mashes up Indian movie music and Chicago blues; and singer John “Blues” Boyd, a retired roofer and migrant farmworker from Mississippi, now living in Redwood City, who shouts the blues like Big Joe Turner.

“I just wander around, talk to people, run into musical situations that mean something to me,” Pugh says.

He did some soul searching after leaving Cray’s band five years ago and realized he was happiest and most productive combining his love of playing diverse music and his commitment to “community service, helping people. I try to find and give support to musicians who wouldn’t otherwise have the opportunity to record and be recognized.” 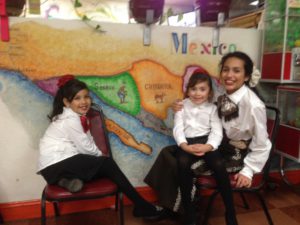 The pianist, who says his experience with the Mixtec community heightened his awareness of sexism and machismo, was intrigued by the idea of an all-female mariachi band and asked Clark where he might find one. Clark suggested the mariachi festival in Woodlake (Tulare County). Pugh went and was lit up by Mariachi Mestizo, a 16-piece band made up equally of boys and girls ages 9-18. One is 14-year-old Annai Morales, whose voice is pure and passionate.

“I lost my mind. I thought it was beautiful,” says Pugh, who was inspired to record the group in the Sinatra studio at Capitol Records in Hollywood after hearing one of these great Frank Sinatra orchestral recordings on the car radio. He knew the mariachi strings would sound good there.

Pugh has arranged for powerhouse singer Tracy Nelson to perform the classic ranchera “Paloma Negra” with the kids when they perform at Portland’s Waterfront Blues Festival on the Fourth of July.

“I relate to music emotionally, and I encourage people to hear the emotional commonality in all this music,” he says. “I’m trying to get people to not only listen to these artists, but to go out and find this kind of music for themselves. It’s across the street.”