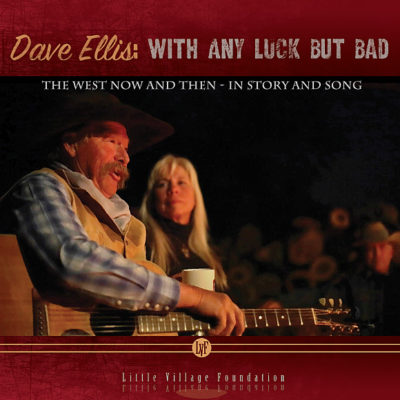 When it comes to cowboy music, if you aren’t really into the culture, which runs pretty deep, you only really know polar opposites like Ian Tyson and Michael Martin Murphey. Ellis, a real old time cowboy, might fall somewhere in the great middle between the two but that doesn’t mean he doesn’t make a mark. Almost with the same kind of vibe you’d get if John Koerner made the conscious effort to make a kids record, Ellis doesn’t stand on ceremony when it comes to song selection as he moves from campfire songs to Willie Nelson and soundtrack picks. Mostly just him and his guitar, this is a charming and captivating enough set to make you want to make plans to vacation at Elko. Well done.