As the major record label system continues to evolve, different sounds and different artists have become more marginalized than ever before, thanks to the never ending search for the quickest, easiest hit record possible.

Songs get more and more formulaic and homogeneous sounding and artists are cast aside quickly, easily disposable in a world where making a buck is the primary motivating factor in a system that’s been in flux for nearly twenty years.

Few of the dollars being generated by that system actually trickle down to the artist, a problem that has plagued the record industry for most of its existence. Bad contracts and new 360 deals only complicate things.

But as the internet begins to diminish the hold over marketing and distribution that record labels once had, a lane has opened for music fans seeking diverse talent and high quality and artists prioritizing a living over stardom.

In 2015, musician Jim Pugh released his first batch of four recordings as founder of the Little Village Foundation, a 501(c)(3) organization which specializes in presenting different sounds and stories by often overlooked artists operating outside the mainstream.

Little Village Foundation is donor driven, financing the recording of the music and an initial run of one thousand CDs for each artist they work with. The artists sell the albums themselves, keeping the profits, and can roll those profits into subsequent album pressings.

Most importantly though, Little Village artists maintain the copyrights to all of their recordings.

“It was a wild guess, that this kind of concept would strike a chord with people. But it really has,” said Pugh of the reaction to Little Village Foundation’s efforts. “In terms of music, there is a lot that flies under the radar, that, for one reason or another, is marginalized by various things and reasons. But the emotional commonality of music really strikes me. And so we have a real wide array of music. We do all the releases at the same time because we want the music to be considered in total,” he said of Little Village’s release slate, which has grown to encompass eight albums in 2018, doubling their initial output.

Pugh worked as a musician for upwards of thirty years, recording and touring with artists like Etta James and Robert Cray, eventually asking himself a question many artists wind up struggling with.

“I did volunteer work at a botanical garden. I shoveled mulch every day for about six months trying to figure out what exactly I wanted to do next. Somebody said, ‘Find the things that you really love to do and put them together and we’ll figure out a way to put a framework around it and make it a go,'” he explained of Little Village’s humble roots. “I realized that I have a passion for music. I have a passion for diversity and a passion for helping people in small ways. When I have a combination of those three things working the right way for me, I’ve found that that’s where I really am happy.”

Little Village Foundation digs deep throughout America and abroad in the hopes of finding unique artists and sounds that deserve to be heard.

In getting those artists into a recording studio, Little Village almost acts more as an incubator, and a direct conduit to music fans, than they do a traditional label focused on its bottom line.

Recording sessions can be brisk, cut live in studio in an effort to reduce production costs. The goal is to help maximize the overall experience for the artist, from discovery through release, creating a symbiotic relationship that’s sustainable.

“Little Village has never sold one CD. I’m not in that business. I didn’t want to be,” explained Pugh. “The people that I know that have record companies, they either owe people money or they’re owed money. And those are two things as a musician that I’m just not interested in. I’m not interested in being an accountant. I’m not interested in having inventory. So I turn it all over to the artists. It’s worked pretty well so far.”

As CD players have disappeared from automobiles, the music industry continues a shift toward online streaming and more and more physical sales take the form of vinyl, Little Village has had success with compact discs, financing all of it through donations and events like living room concerts.

”A big part of the record business, traditionally, has been the brick and mortar stores. [But] the number one purchase point for CDs [now] is at the [live concert] gigs. The venues. So that really isn’t a concern anymore,” observed Pugh of the challenge in getting product in front of fans that Little Village Foundation has been able to overcome.

“In the case of Wee Willie Walker, I think he sold over 4,000 CDs. And his profit margin was such that if you compared it to a regular record company deal, I would think it would be somewhere in the neighborhood, conceivably, of between five and ten times more than the deal you’d get with a record company,” Pugh said of the Minneapolis blues/soul singer who’s now released two albums through Little Village. “So it is competitive on that level even though they’re not national, household names. They still do well. You don’t have to be huge to be successful.” 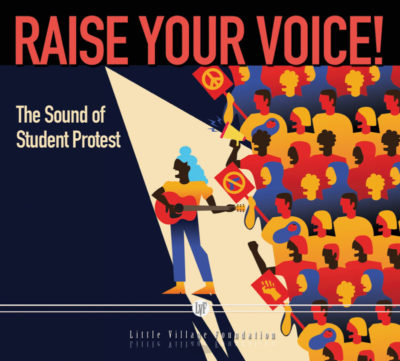 In searching for the sounds that rarely grace hit records, Little Village Foundation has managed to make a difference in a number of communities that supersedes music to contribute on a human level.

Snuviko was one of the albums released in that initial 2015 offering. Los Tres Amigos are a group of three Santa Maria, California-based musicians who specialize in Mixtec music, the traditional sounds of Oaxaca, Mexico.

“The Mixtec record that I did, they never did a [concert] performance. Because they pretty much work in the fields six-and-a-half days a week from dark-to-dark,” Pugh explained. “Within their community, they use that CD in the elementary school and in kindergarten to demonstrate their culture, which people don’t really understand. It’s an awareness thing,” he said of the Snuviko album. “This is what they use to explain their culture in their community. They listen to it and talk about it. What has more value: that or Wee Willie Walker playing at major jazz and blues festivals in Europe and the United States? The answer is both are relevant.”

He traveled across the country to record students telling their stories musically and in spoken-word form in places like Atlanta, New York, Saint Paul, Salt Lake City, Big Sur and Florida.

“I think that some of this stuff is as good as it would’ve been forty or fifty years ago or even better. The writing. The focus…” mused Pugh in comparing the batch of protest songs that make up Little Village’s Raise Your Voice compilation to those that define the folk tradition of artists like Woody Guthrie. “These are really, really amazing kids.”

Released on October 5th, just in time for yesterday’s midterm elections, selections from Raise Your Voicewere also performed by students in front of the festival masses at the Hardly Strictly Bluegrass Festival in San Francisco. 100% of the proceeds from the album benefit gun control advocates Everytown.

In the 60s, socially conscious music drove the culture, provoking thoughtful conversation in an effort to beget change. Today, during turbulent, divisive times in America, Pugh hopes to accomplish more.

“One of our taglines is ‘diverse music held together, builds empathy.’ Music can be the conversation that people find awkward,” he said. “I think that music can be the very thing that we need in this country right now: understanding. Because it seems like there are some things out there that are kind of challenging empathy.”