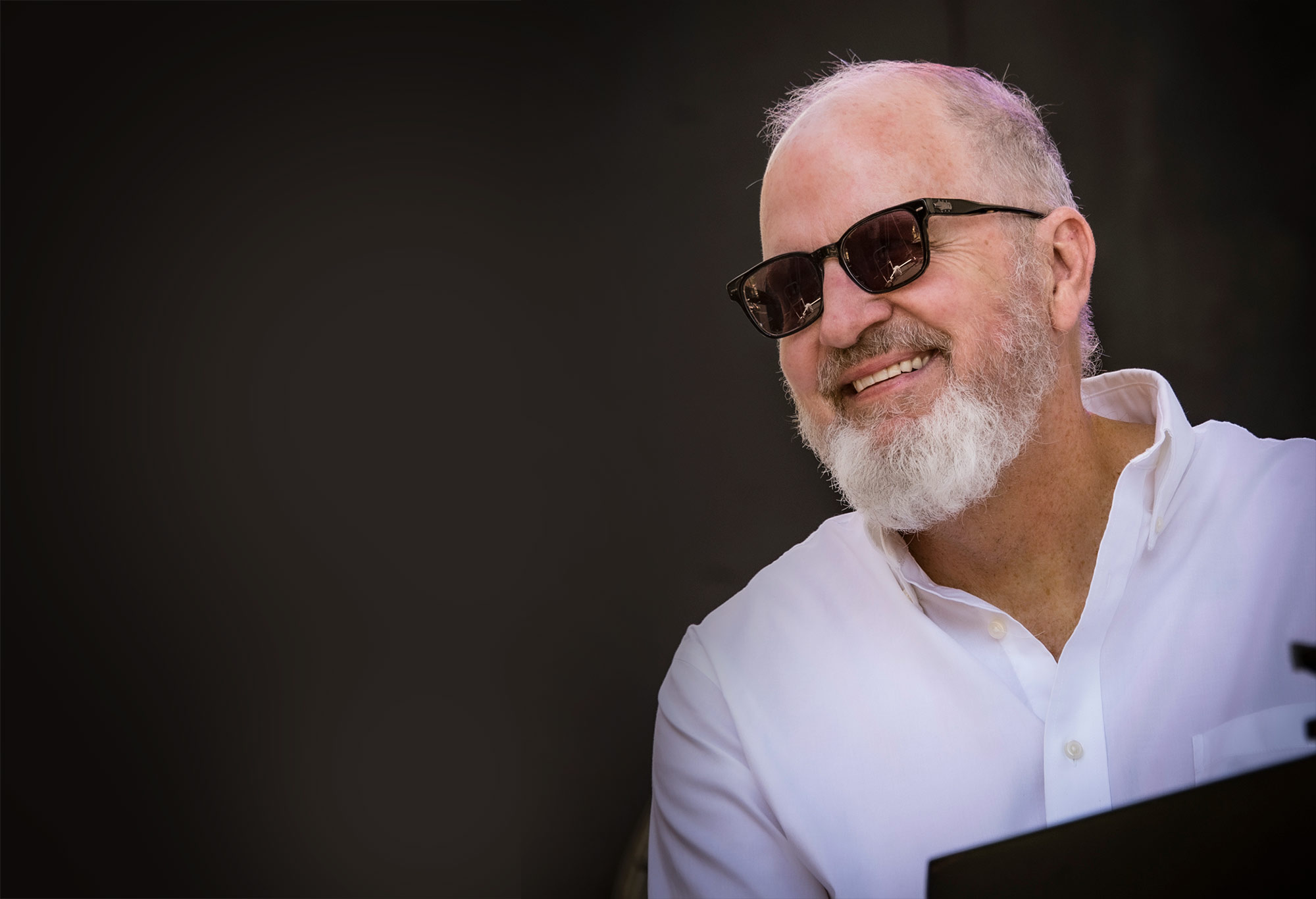 Jim Pugh’s international performing music career spans 40 years and includes multiple Grammy Award, platinum and gold records. He has recorded and performed with a star-studded array of musicians including B.B. King, Etta James, John Lee Hooker, Robert Cray, Boz Skaggs, Syl Johnson and Van Morrison. He created Little Village Foundation in 2014 to share the diverse music that has always inspired him and to help other artists, especially musicians no one would learn about without Little Village Foundation’s support.

Little Village represents the way I’ve lived since I was a teenager. It combines everything I love – music, diversity and helping people. My real talent isn’t in musical virtuosity, but in being able to feel and reflect the emotional commonality between different kinds of music. When I was in my early 20s, I played on the TV show American Bandstand and flew home that day to play at an organ bar in Oakland. I made no distinction between the two. Both gigs had equal value to me, and that’s how I see our music – it’s of equal value even if most people don’t know about it – yet.

Still performing, Jim’s career started in San Francisco at the Stardust Lounge, a corner lounge owned by a feisty singer named Dottie who was always ready to break up a fight by keeping hold of a pool cue even while she was singing. There are always great stories behind the music, and Jim works to keep sharing them across boundaries of race, gender, age, geography or economics.

Enjoy more stories from Jim by visiting Jim’s blog Pebbles from the Beach and read his interview with Blues Junction.