This week’s episode features 75 year-old blues singer and Little Village recording artist John “Blues” Boyd of Redwood City, CA, accompanied on guitar by the one and only Kid Andersen. John worked hard labor all his life, starting as a teenager picking cotton in his native Mississippi. In recent years, a new career in blues and songwriting has helped him deal with the grief of losing his wife, and has opened up whole new avenues of life and its celebration. 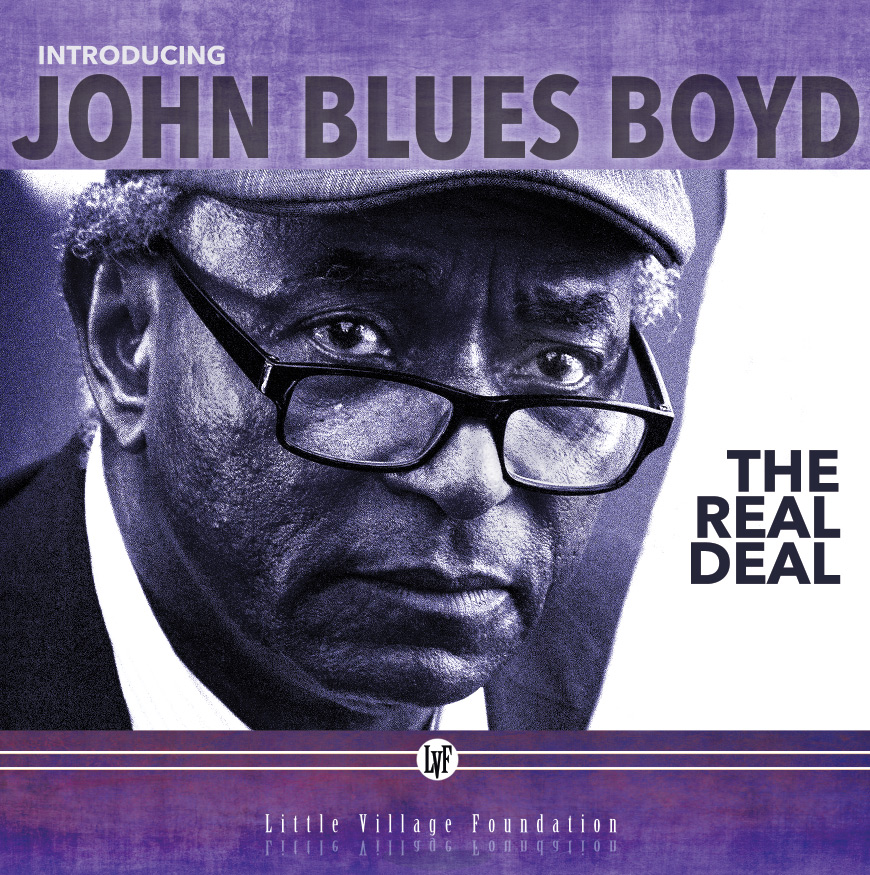 John “Blues” Boyd is a seventy-five-year-old blues singer from Greenwood, Mississippi, now living in Redwood City, California. Born into a large, soon-to-be-broken family, John suffered though poverty, hard labor, social turmoil, and injustice before reaching adulthood. As a teenager working in the Mississippi cotton fields, he passed the time singing blues he had heard from his elders and on the radio. On the weekends, he and his friends snuck into the local “Elks Hall” tavern to catch blues greats passing through — people like Bobby “Blue” Bland and Little Milton.

In his early sixties, now living out in Northern California, John retired from hot tar roofing to care for his ailing and bed-ridden wife Dona. Around this time he also started trying to get bands together, but it wasn’t until he made some friends in the burgeoning South Bay blues scene that John began to meet musicians who shared his vision and passion for “the real blues”. One of the last things Dona told John before she died in 2014 was for him to keep doing his music and pursuing his dream, and to hold on to his newfound musical friends. As part of his grieving process, John began to write new original blues songs about his life, his wife, his sorrow, and also the joys of life. His first album “Introducing John Blues Boyd: The Real Deal” was released by Little Village Foundation in 2016.

“Already things are starting to happen for me that I never imagined,” John says of his new career as a singer. “I have been to Norway and sang for 8000 people at the Notodden Blues Festival. I had never been on an airplane before that. People love the blues all over the world. I hope I am making the originators proud, and I hope I am making Dona proud”.